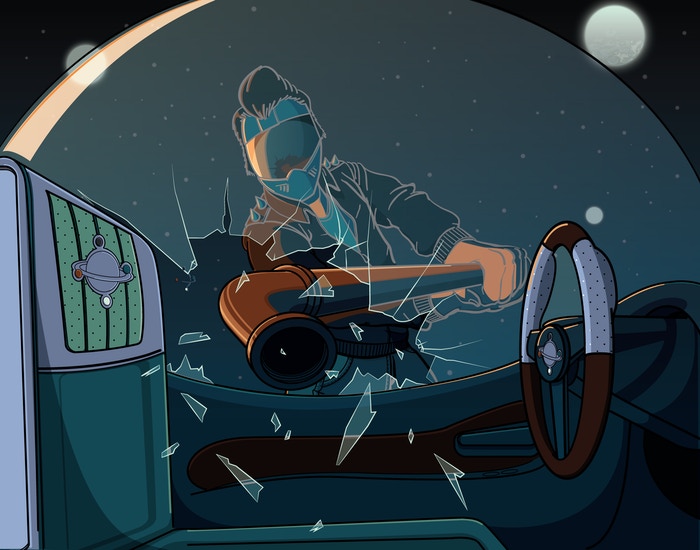 Space Kings focuses on improvisation and character building, with small numbers and big personalities.  The primary goal of each session is to tell a cool story together.

The outcomes of actions are determined by flipping playing cards off the top of your deck. Faces and Aces represent success, while Jokers cause dramatic twists of fate. Everyone flips from their own deck, so everyone has the same chance for glory and/or ruination. 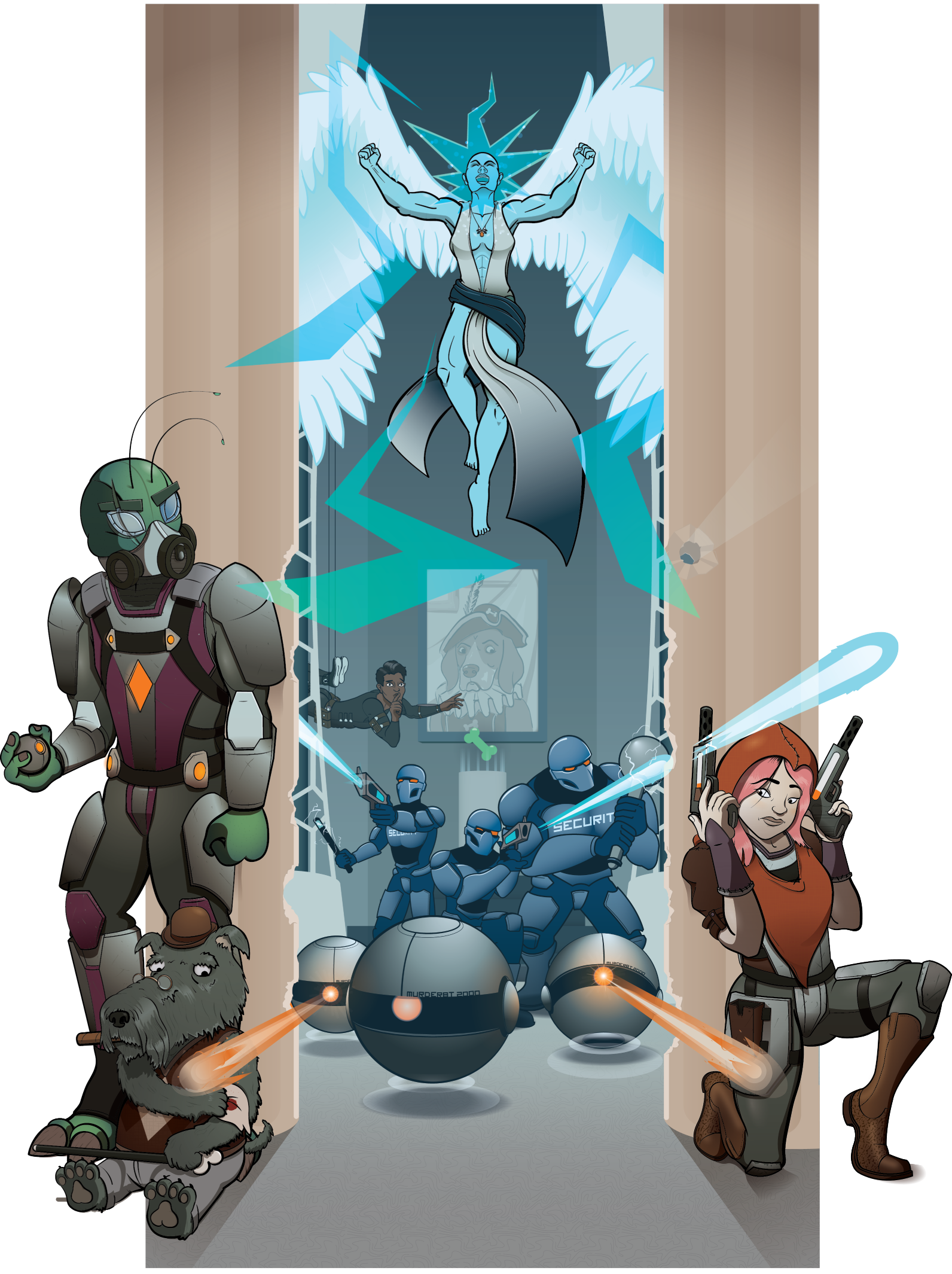 What’s in the Book? 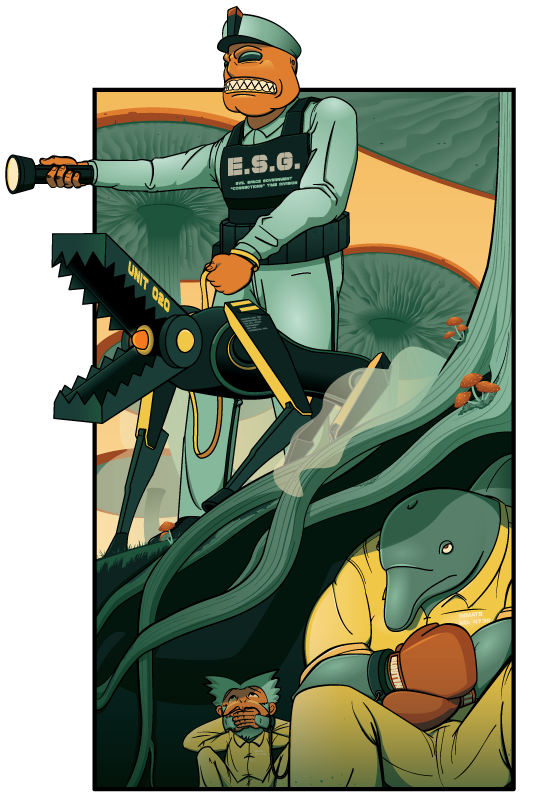 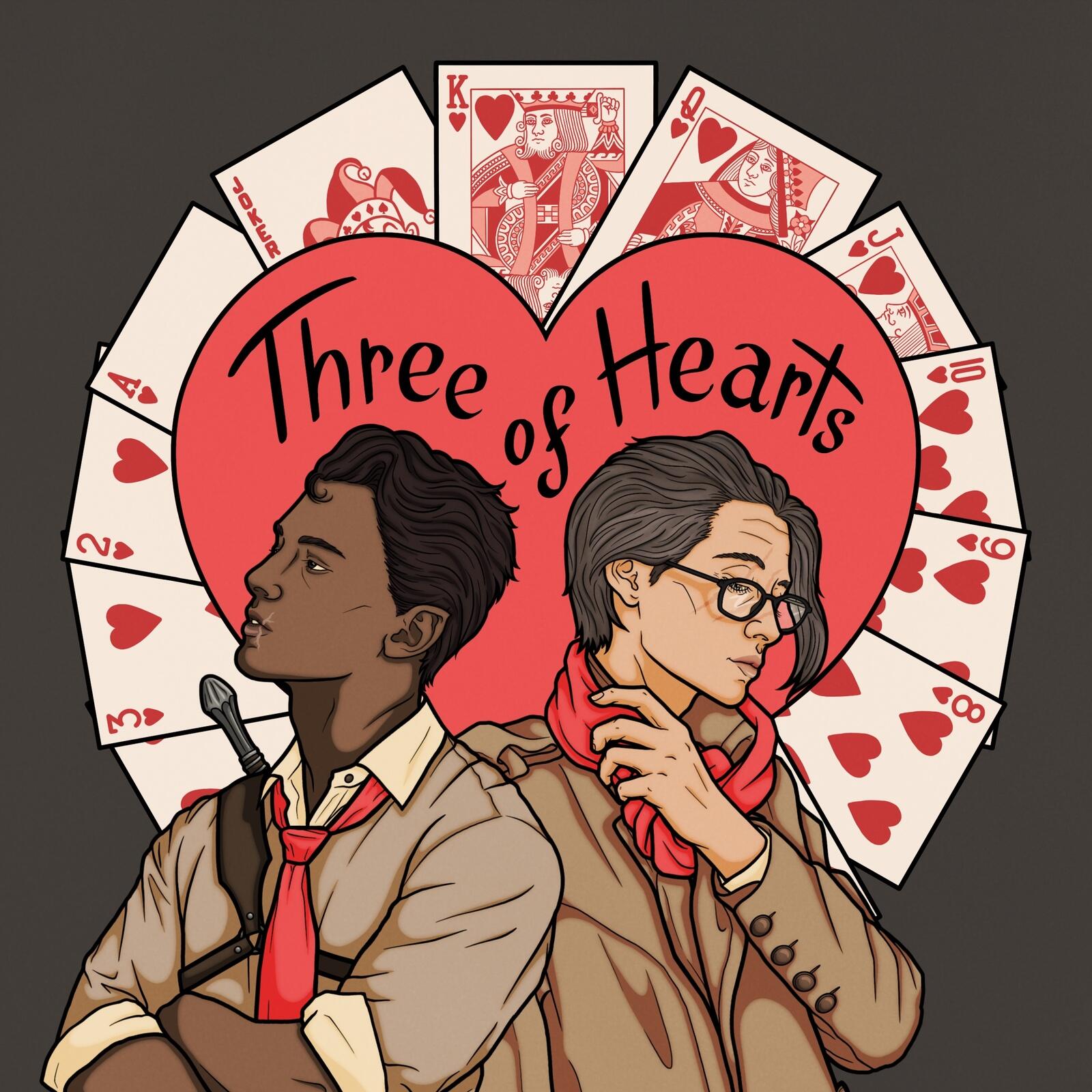 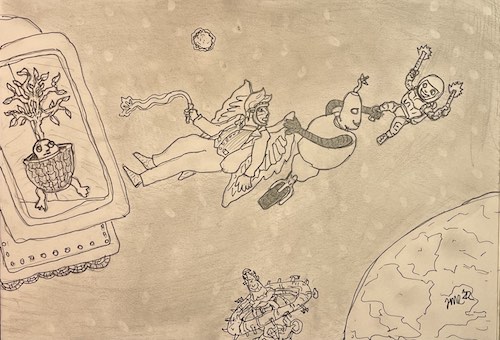 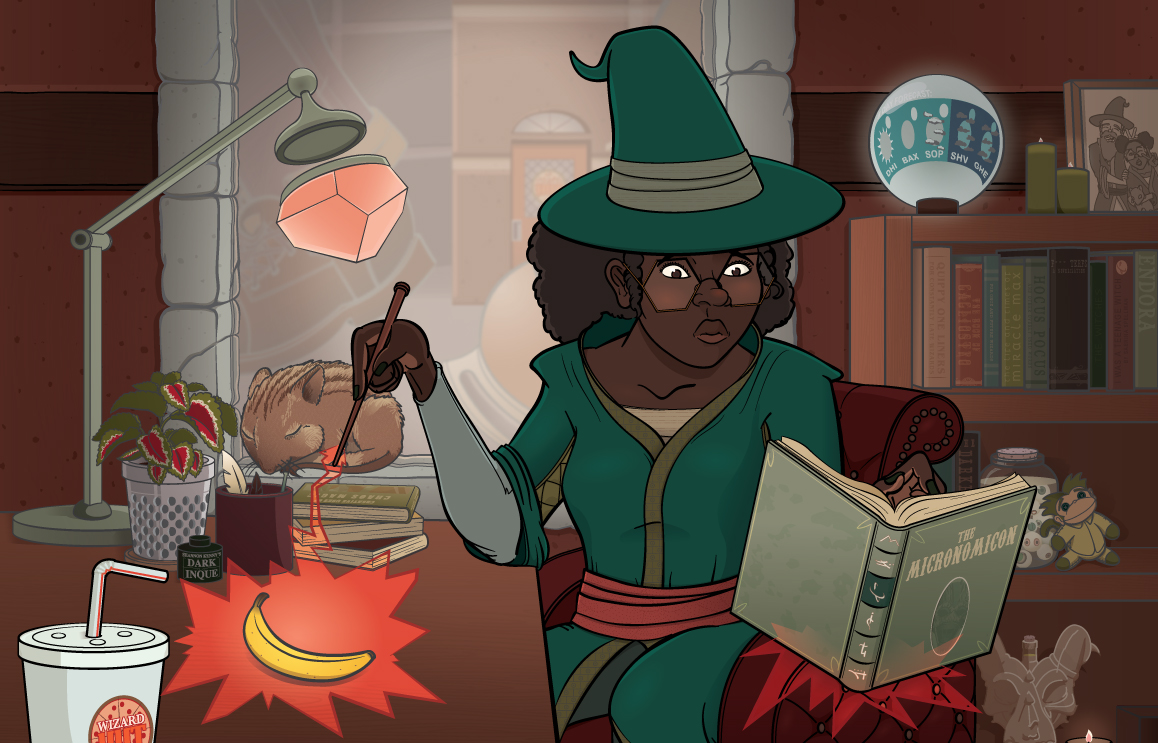 We love to see Space Kings in the wild! If your sessions are streamed, recorded, or otherwise shareable, we'd love to hear about it! Send us an email here or reach out on Twitter.

Space Kings was made by SuperTry Studios. Kevin Cole wrote and designed it. Hadley St. Clair edited it. Bryan Shepherd made all the art for it. Brian Townsend did the layout.

In order to download this tabletop game you must purchase it at or above the minimum price of $19.99 USD. You will get access to the following files: 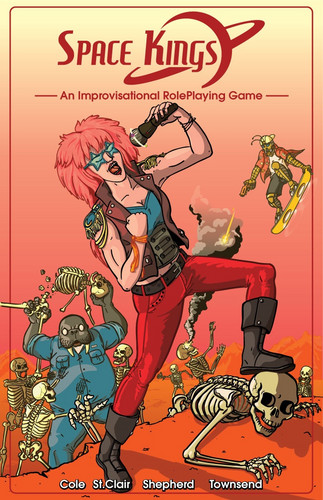 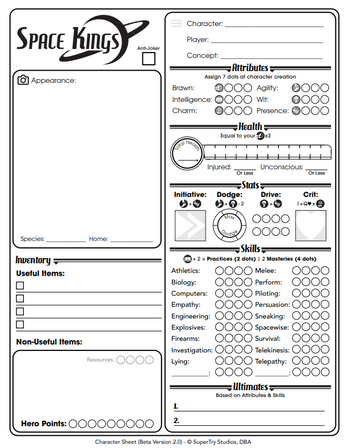 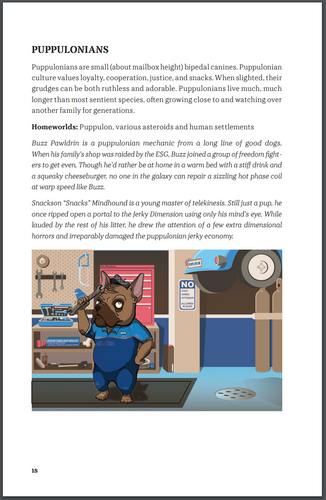 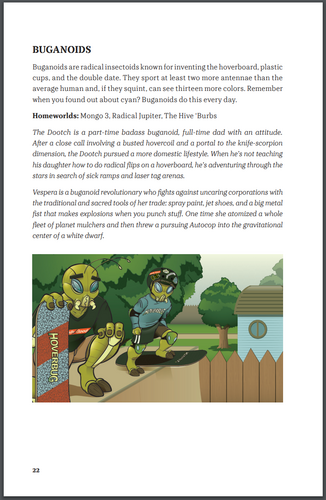 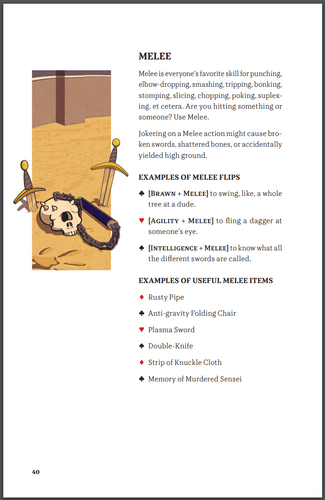 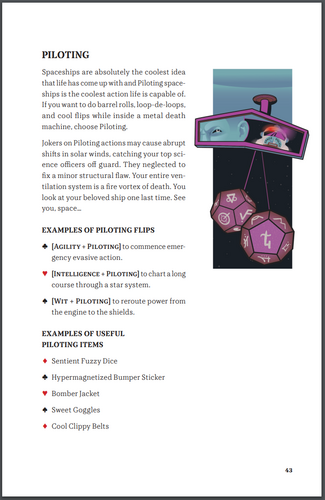 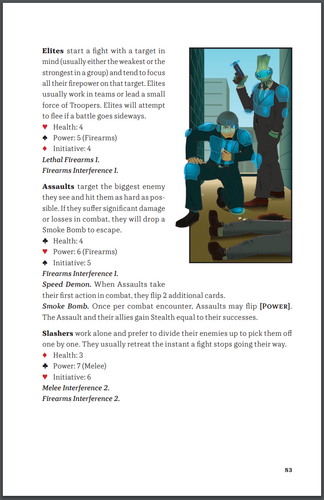 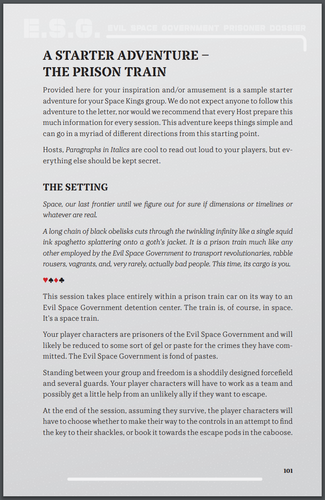 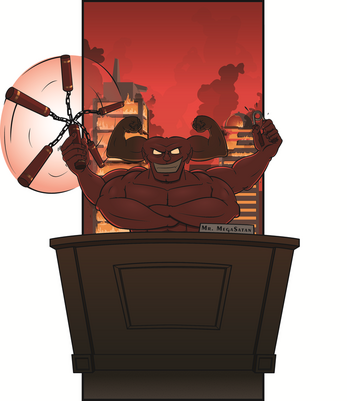